Safe and reliable, tailored for you 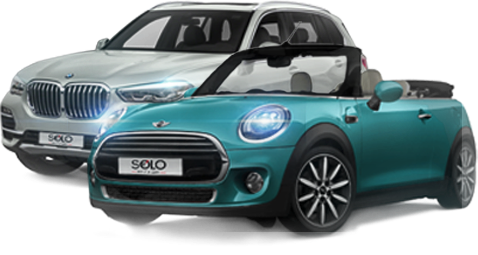 Our own car fleet

When renting a car with SOLO, you will never encounter hidden fees and tricky points in the rental agreement.

Unique bonus program that allows you and your friends to save on travel right from the first trip.

No need to go to our office - we can deliver your car directly to the airport. Skip the queues and receive your car in just 5 minutes.

With or without excess fee

Simple and honest - cheap but with a an excess fee or expensive with full insurance and no fees. The choice is yours!

We speak your language

We speak English, Spanish and Russian. You will be attended to by a native speaker. No misunderstandings!

Our own car fleet

When renting a car with SOLO, you will never encounter hidden fees and tricky points in the rental agreement.

Unique bonus program that allows you and your friends to save on travel right from the first trip.

No need to go to our office - we can deliver your car directly to the airport. Skip the queues and receive your car in just 5 minutes.

With or without excess fee

Simple and honest - cheap but with a an excess fee or expensive with full insurance and no fees. The choice is yours!

We speak your language

We speak English, Spanish and Russian. You will be attended to by a native speaker. No misunderstandings! 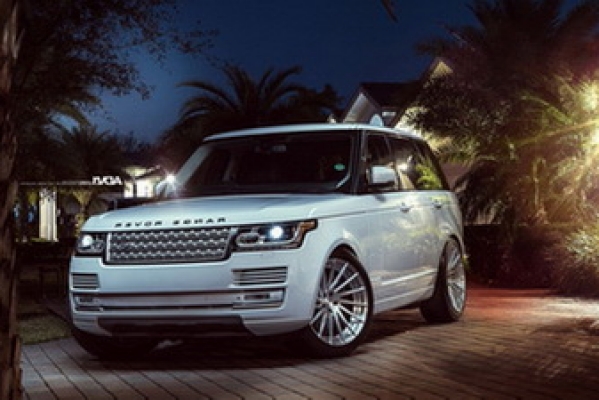 Travel Spain comfortably - rent a car. With SOLO Rent a Car, renting a premium car for a few days or a long period is easy. A simple booking procedure and open payment terms make it easy to plan your budget and find cheap car rental options at Malaga airport, company office or any other place convenient for tourists.

What are the benefits of owning a car?

Those who at least once rented a car know that this is the only way a tourist or a guest of the country will be able to realize all the ideas and dreams of a “perfect vacation”. The following possibilities open for you:

Why do tourists choose SOLO?

We are proud of our experience and reputation. 95% of our customers recommend us to their friends and relatives as an honest and responsible company with a good fleet. 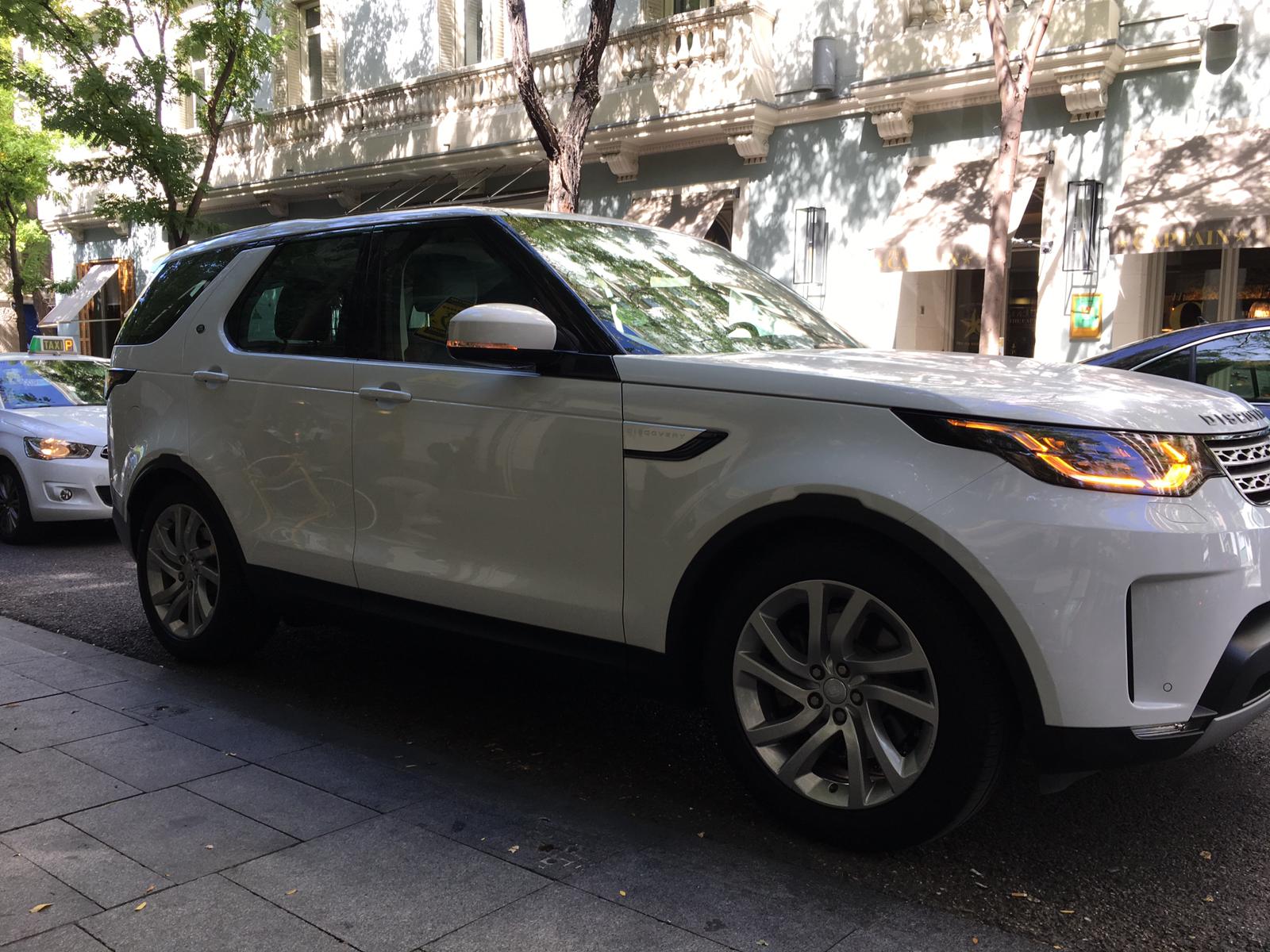 In order to draw up a contract, you must present to our employee the following documents:

Please note that if your driving experience is less than 24 months or at the time of signing the contract you are not yet 25 years old, then only the “All inclusive” tariff is available to you. You can familiarize yourself with the full list of rules and tariffs on our website in the section “General rental conditions”.

Aeropuerto de Málaga-Costa del Sol is the fourth airport in the country in terms of passenger traffic with an annual capacity of more than 13 million tourists and visitors.

The location is very convenient and quite close to the city - only 8 kilometers.

There are only three terminals at the airport: T1, T2, T3. 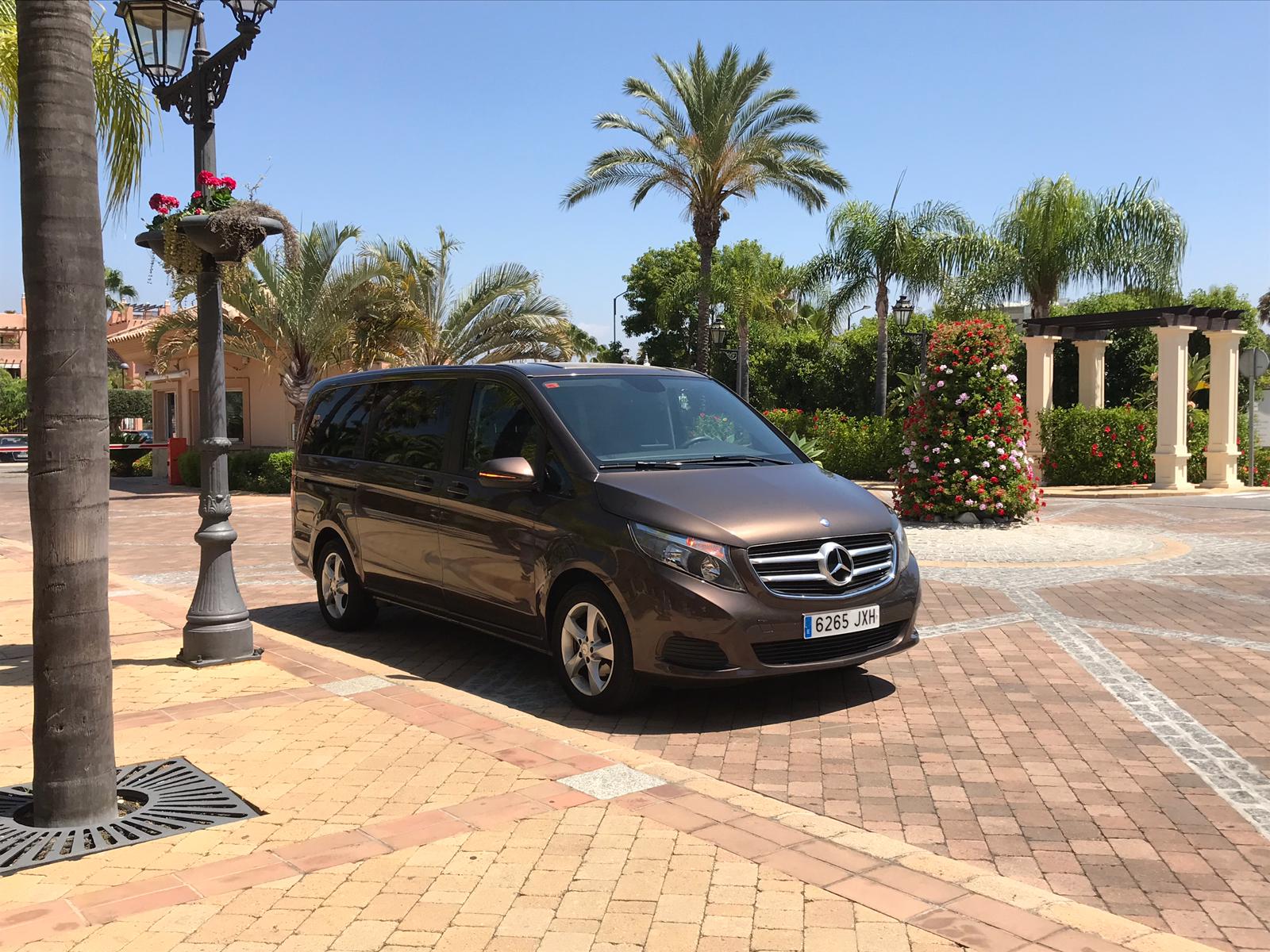 Andalusia is a large autonomous region in southern Spain. It is rich in beautiful mountain, river and sea landscapes. From the 8th to the 15th centuries, Andalusia belonged to the conquerors of the Moors, thanks to which a huge number of incredible monuments of Moorish architecture were preserved in its cities. Malaga is the second largest city after its capital, Seville, and the largest resort of the Costa del Sol. From there we recommend you head to:

Alhambra Palace, Granada (Calle Real de la Alhambra). The grand royal palace, which during the rule of the caliphate was the residence of the authorities. Lush gardens, exquisite fountains, openwork arches, palace towers and art carvings on the facades of marble, stone and alabaster. This building is a UNESCO World Heritage Site and is a prime example of Moorish architecture.

Seville Cathedral (la Catedral de Sevilla). The title of Europe’s largest Gothic cathedral is no less impressive than its panorama. Stained glass windows, carved sculptures and treasures that are stored there amaze even sophisticated tourists. For its decoration, gold won in America and Colombia was used, and in the halls paintings by Murillo and Velazquez hang and the Library of Columbus is stored. Incidentally, Seville Cathedral is the first burial place of the discoverer of America. The whole complex is also under the protection of UNESCO.

Carnival in Cadiz (Carnaval de Cádiz, early March). The scope of festivities in Cadiz can only be compared with Rio de Janeiro or Venice - they last as long as 10 days. Incidentally, it was from there in the 16th century that the Spaniards, actively trading with the Venetians, borrowed the tradition of the holiday. But, the local population slightly adjusted the program, focusing on humor and a satire of power. Residents love their carnival so much that they prepare for it in 9-10 months: they sew costumes, build figures, compose music and new songs. 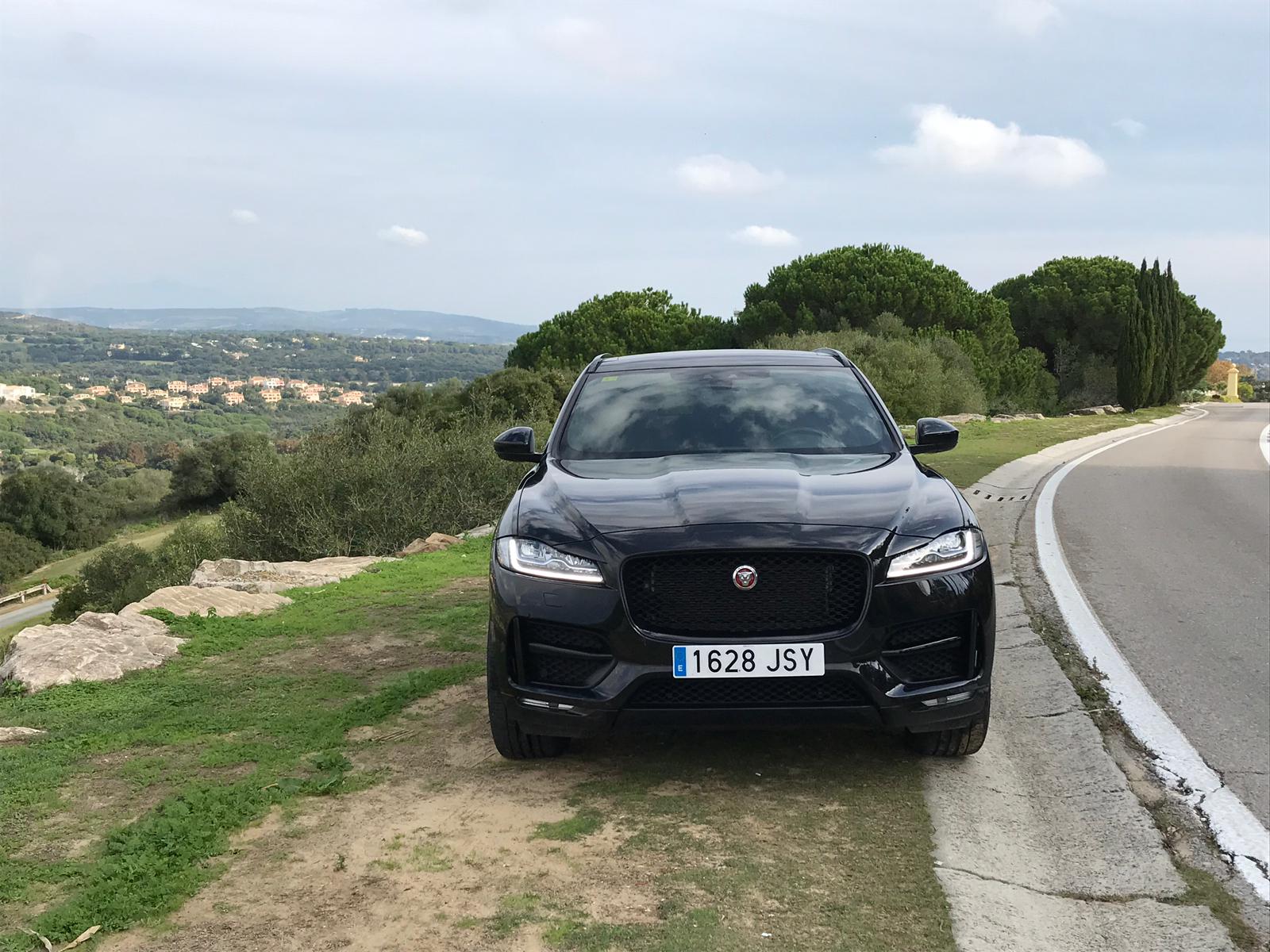 This is the only mosque reminiscent of the times of Muslim rule in the country. In the courtyard you can find an orange garden worthy of special admiration. If you manage to visit here in April, you can see its flowering.

Royal Trail in Malaga El Caminito del Rey. The best place for extreme lovers is the path leading through the El Chorro gorge to the dam on the reservoir, which was built in the early 20th century. It was named so because the King of Spain himself bravely walked along it after the construction was completed. Get ready for scenic views, dangerous paths and suspension bridges that swing with every breath of wind.

Seville Alcázar (Reales Alcázares de Sevilla). The fortress palace, preserved from the time of the rule of the caliphate, was first the residence of the caliph, and then the Spanish kings. The Alcazar was rebuilt several times, so it incorporated the best of the Moorish and European styles: skillful carvings, exquisite paintings, gardens with fountains and tapestries.

Picasso Museum in the Royal Palace of Buenavista in Malaga. Did you know that this city is the birthplace of the famous artist? The king of Spain has specially provided one of his residences to organize a museum in the place where the genius was born. Not so many of his works are presented here: about 200 pieces, including sculptures and ceramic products. Most of the collection was transferred by the Picasso family along with his photographs, documents, books and correspondence. 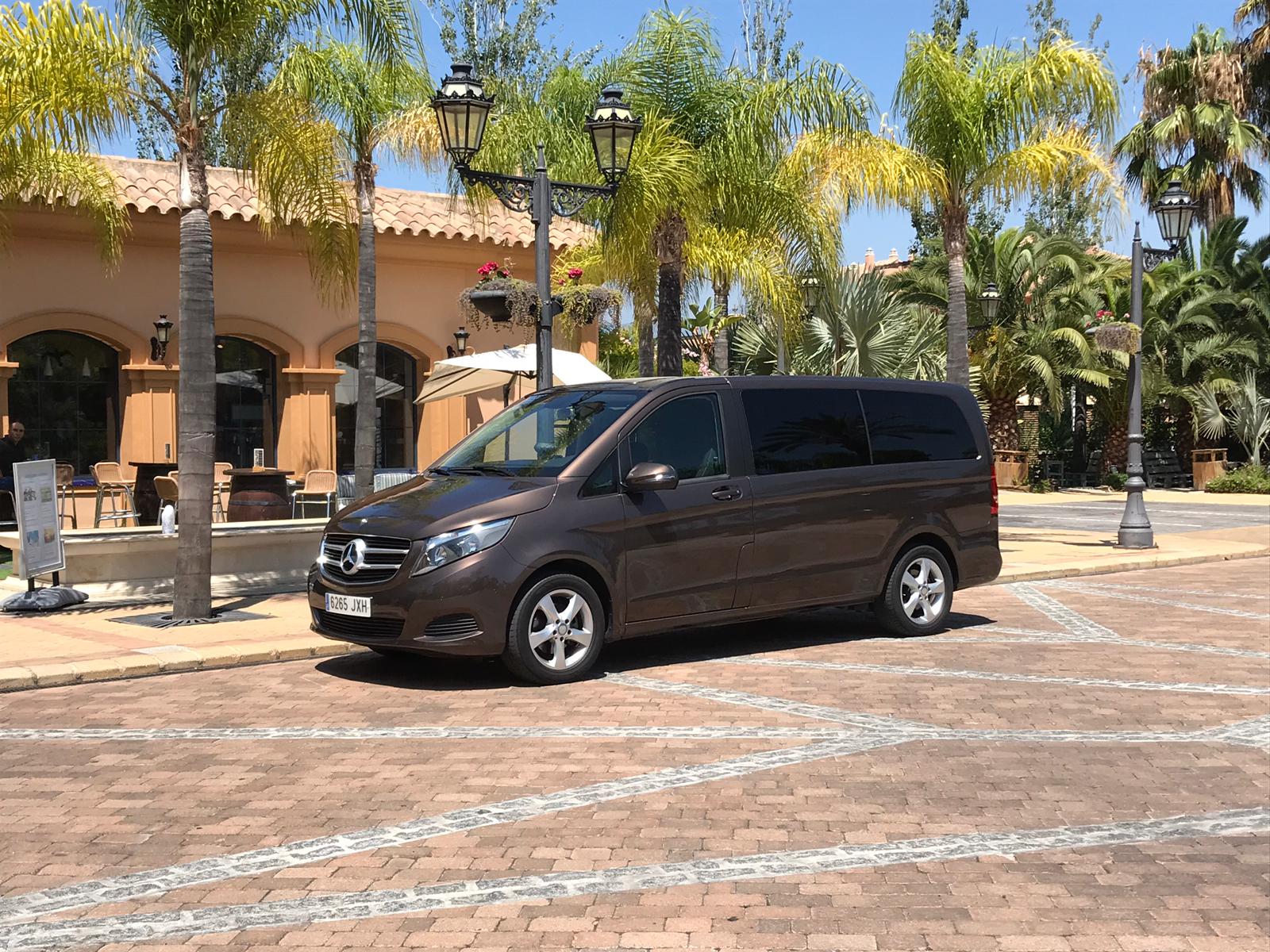 Seville April Fair (Feria de Abril). This is another lush and vibrant festival where you can discover most of the cultural traditions of Andalusia and try the real local cuisine. You will definitely have to learn the movements of Sevillan’s dance and treat yourself to sherry (fortified wine) and watch real bullfights - bullfighting, without which, unlike Catalonia, not a single holiday in this region can do. Treat yourself to local dishes: gazpacho, tortilla, pescaito frito (fried fish) and tapas (snacks served in all establishments to alcohol). Feria de Abril is a whole week of fun from Monday to Sunday.

Caves of Nerja (Cuevas de Nerja). Go to the town of Nerja for another “Spanish wonder of the world." These caves were accidentally discovered in 1959 by a group of young people. After they reported their findings to the local authorities, a real study began. As a result, scientists found passages and galleries whose total area exceeds the size of 5 football stadiums. This is where the world's largest stalactite is located, whose length is 32 meters. Thanks to acoustics, concerts and music festivals are often held in caves; one of the halls is even specially equipped for these purposes.

White villages of the province of Cadiz (Pueblos blancos). Another bright attraction, available to our customers, as you can get to the locations only by the way, taxi or rented car. These villages, like everything in the region, are another monument to the reign of the Moors. They were completed by mercenaries Berbers from North Africa, who at the end of the 11th century fled to the hills from Christians who decided to return their territories. Famous white houses were painted in such a way so that they did not overheat.

Medina Azahara, Cordoba. This is not just a palace built by the caliph of the city in the 10th century, but an entire treasure city and a symbol of wealth. Due to the fact that all the treasures and works of art were brought here over the centuries, it became known as the Second Versailles. Unfortunately, after the collapse of the caliphate, the monumental complex was destroyed. But even the ruins of the treasury make it clear about the extent of the wealth of the once powerful empire. 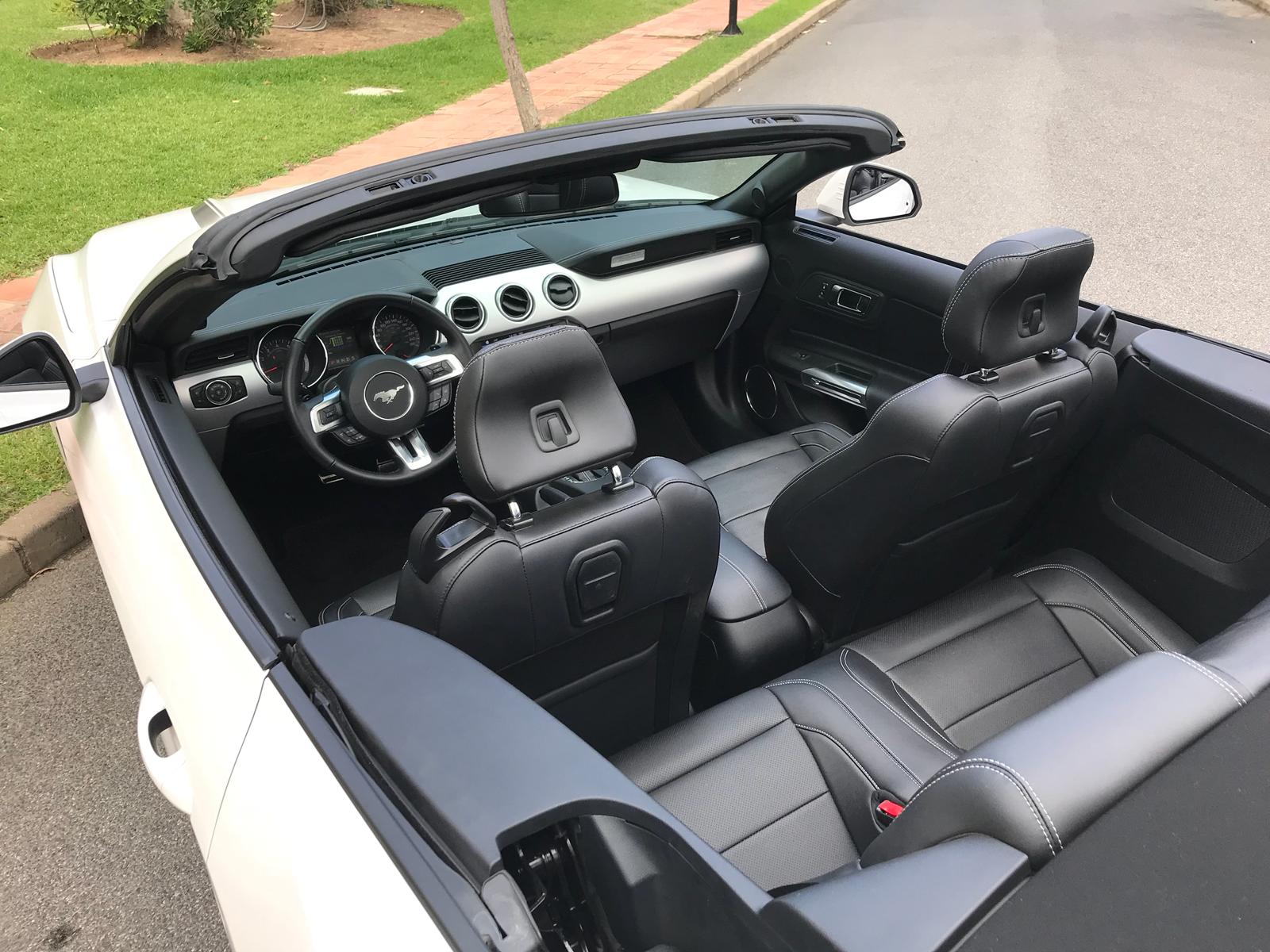 Sacromonte, Granada (Gypsy Quarter and Abadia del Sacromonte Abbey). What could be unusual in the gypsy quarter? In the 16th century, everyone who fled the persecution of Christian authority found refuge on Mount Sacromonte. They did not have money, so they had to equip houses in the caves. Amazingly, some Spanish gypsies still live in them, having equipped their housing with all possible amenities.

Right in the caves you can visit the bright flamenco show, and rising just above the quarter, see the Sacromonte Abbey, get acquainted with the history of the first Christians and take a walk through the dungeons of the temple.

27 kilometers of beaches in Marbella. One of the most prestigious resorts on this part of the coast is Marbella. In total there are 26 sandy and pebble beaches, and 2 of them are reserved specifically for pets. Along the coastline stretches the promenade - a six-kilometer promenade area that leads to the most elite port of Andalusia - Puerto Banus. This part of Marbella is called the Golden Mile.

Of course, this is not a complete list of all the attractions. In Andalusia there are many more. The region is considered one of the most colorful and culturally rich in the country, and the Mediterranean coast is among the top lovers of beach holidays.

Deposit: € (to be charged at the vehicle collection, credit card on the name of the driver required)

Deposit: € (to be charged at the vehicle collection, credit card on the name of the driver required)

Start saving from the first trip, cashback rewards from your and your friends rentals