What to see in Torremolinos

In Malaga, there are many places that are suitable for an exciting vacation, including, for car trips. The town of Torremolinos is located on the beach, once in its place was only a small fishing village, but, thanks to the development of tourist infrastructure, it has become really modern and comfortable for travelers.

In this city there are more than 65 thousand people. The area is only 20 square kilometers. In summer, the number of residents is increased seven-fold due to the flow of tourists. In particular, this place is considered to be in demand among British citizens, many of them prefer to come here for permanent stay. The presence of such migrants contributes to economic growth and the creation of modern infrastructure. There are many interesting excursion trips. Consider the main Torremolinos attractions and prove that it is worth to come here.

Findings of archeologists say that the territory was inhabited by people during the Neolithic period. This is confirmed by the tools of labor and life found. For the first time the mention of settlements in this area was made in the second century BC. They meet at Claudius Ptolemy, who in the era of Roman rule was in these parts. In the 90s of the last century, a Roman necropolis with more than twenty graves was discovered here. 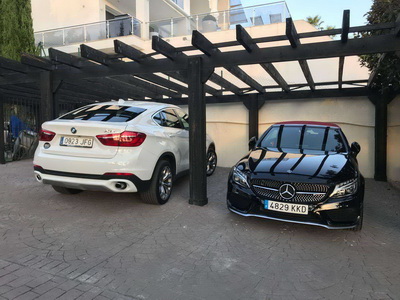 After the Arab conquest the territory was actively built up and developed, in particular, in this era a large number of mills were built here. Due to numerous seizures in 1300, the construction of the Torre de Los Molinos fortifications began, which means "Tower by the mills". This became the official name for the town later. The fortress was later renamed Pimentel, its ruins can be found on San Miguel Street.

The beginning of the 18th century and the war destroyed the Torre de Los Molinos, documents of those times contain information that there are only a hundred townspeople left. Therefore, in the 19th century it became more like an ordinary village in which fishermen lived. But today the development of tourism has transformed this area, which has become popular among residents and visitors of Spain.

Travelers from all corners of the world come to these regions for recreation. This is due to a special mild climate, young people are attracted by noisy discos, and family - a whole nine kilometers of beach area for swimming and sunbathing. The coastline is replete with good restaurants and cafes, where you can taste delicious meals.

Fans of natural beauties are encouraged to visit an unusual museum and at the same time a botanical garden, which is called a rather unusual "Mill of the Incas". Built Molino de Inka in 1488 on the underground sources. Today there is a historical museum dedicated to the mill craft, and around there is a beautiful natural park with a unique collection of various plants. In addition, the garden is worth seeing because of the fountains, statues of marble, transparent blue ponds.

Tourists like excursions that include visiting a crocodile farm. Here lives a four-meter crocodile named Paco, who weighs 600 kg. It is considered the largest in Europe of those that are grown in captivity.

In Torremolinos there is a large water park, which is suitable for a family weekend. In summer, on the local bullring, you can see the best Spanish bullfighters.

The most famous street is San Miguel, it is in the historic old part. Popular among visitors to the buildings is the hotel Pes Espada (also called swordfish), the Cultural Center of Pablo Picasso. This is the national heritage of Spain, declared as objects of special cultural value. Once in Pes Espada celebrities stopped, in particular, Hollywood, and also held concerts.

But the main attraction of the city after all are its beaches and the sea. The most popular beaches among tourists are Cahulwell and Bakhondiyo. They are located in the central part in place of the old fishing village, the first has a length of more than one kilometer, and the second - two kilometers. 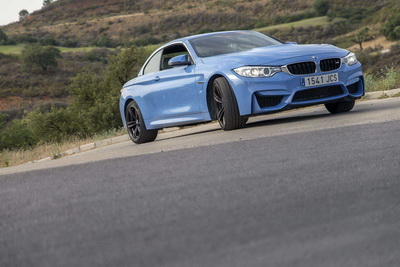 What to try and where to go

Local culinary masterpieces are seafood and pastries. Be sure to try fried sardines, seashells and crawfish, lobster and lobster. Popular gastronomic entertainment is the tasting of the crown in Torremolinos dishes - baked or fried in salt fish. In restaurants boldly try gazpacho, fried vegetables. Still tourists like to buy local pastries - cakes cooked according to special recipes. In the town at various times, many holidays are held. For example, in the spring you can go to the festival of flamenco, December 28 celebrate the Day of Folk Dance of the province of Malaga. The first Thursday in October is the Day of Grilled Fish. And in the first two weeks in March, you can get to the folk festivals and a real carnival.